Like many, I have been enjoying the new Netflix series ‘Altered Carbon’ and like many authors I have been daydreaming about what my own cyberpunk epic might look like on screen. The filmmakers did a fantastic job with AC and I encourage any and all of my readers to check out the show. When I see something like that I am encouraged to continue, at least on occasion, to create cyberpunk fiction. As a genre cyberpunk has a significant ebb and flow in its popularity (thus sales) unlike the more stable military scifi and creature feature genres, and so I only plug into those wires when the story is burning through my spirit for release onto the page. Seeing the Takeshi Kovacs series of novels (Altered Carbon being the first) make their way to the screen and to witness a resurgence in the popularity of the novels is extremely heartening.

For those of you who are into my military science fiction series ‘Necrospace‘ or the ‘Extinction Fleet‘ trilogy, I encourage you to give ‘Beautiful Resistance‘ a chance.

High-tech mercenaries find themselves pitted against freerunning revolutionaries as global corporate warfare becomes centered around a struggling island nation and the freedom fighters defending their home. 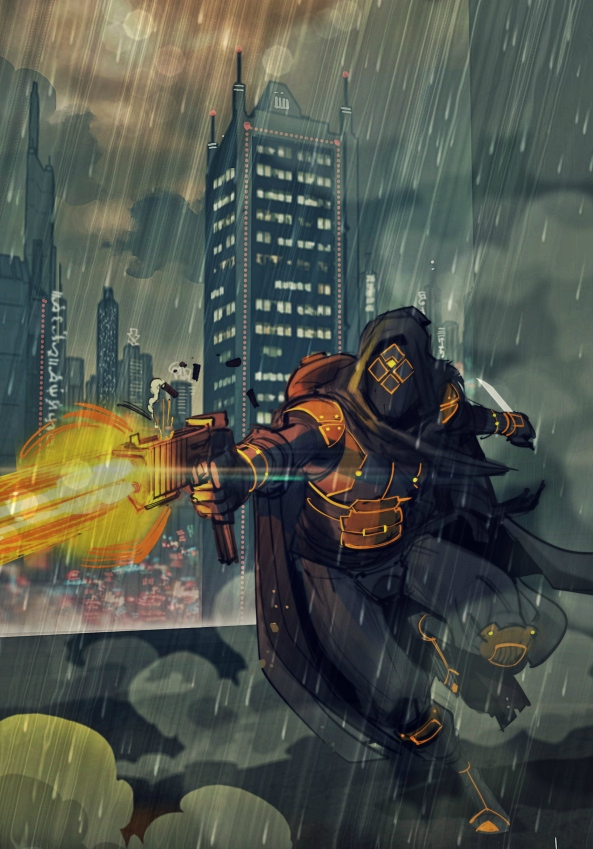 *a character profile I commissioned

The second novel in the series has arrived, with the third having been submitted to the publisher and added to their line up.

The corporate slinger Hayden Cole finds himself seeing a different side of the clandestine war over the mysterious island energy source, learns that the some of the warriors have a dark secret, and are anything but human. The legendary slinger Lunatic 8 wages a one woman cyberwar for the resistance, matching the hackers of her corporate rivals program for program in the virtual dreamworld of Massnet, while Hirohito, the deadly cyborg, is unleashed. Hayden and his engineer partner Nibiru begin to question their loyalties as they witness the freedom fighters struggling to stay one step ahead of mercenary death squads.

The streets of the city are full of gun smoke and the wires of cyberspace hum with digital violence as opposing forces struggle over wealth, freedom, and the very soul of the islands in this grim futuristic thriller.